GOD REWARDS ANYONE WHO HONORS HIM – Esther 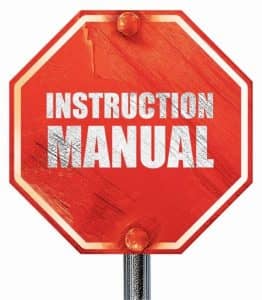 Expect God To Go An Extra Mile For You, Only If…!

God will go an extra mile for you if you can venture to do the same thing for him.

Go out of your way to honor God and watch what will happen afterward!

To simply understand this principle, consider how Queen Esther in the Bible honored God. She risked her life to save her people, and God was pleased with her. Not only did God used Esther’s influence to liberate the Jews, but the name “Esther” remains in everyone’s mouth till today.

How did it happen? Esther used her influence to save the Jews from Haman, their sworn enemy. The man who hated Mordecai (a Jewish man) was determined to completely wipe out his race.

Mordecai, who knew about the plot, challenged Queen Esther to do something about the matter. Esther must save her race by all means.

“For if you remain completely silent at this time, relief and deliverance will arise for the Jews from another place, but you and your father’s house will perish. Yet who knows whether you have come to the kingdom for such a time as this?” (Esther 4:14).

The task to cross the line to save the Jews from Haman was not easy for Queen Esther since the law of their land was rigid. Even as a queen of the land, Esther was powerless.

However, since the task to save the Jews was to honor God’s promises for Abraham their forefather, Esther did the unthinkable; she put her life on the line. She was willing to break the rule and do what no other queen has ever done.

Esther did not die in the attempt to save her people; she lived to testify to the goodness of the Lord! She received God’s favor and got her request granted.

Esther preserved her race because she was all out to honor God and save her people.

To Obey God Is Better Than The Sacrifice

Obey God and live the consequences to him! In other words, do whatever God requires of you without laying emphases on the discouraging circumstances that surround you.


One thing for sure is that God won’t lead us to do anything that will negatively affect our lives. We may not have understood all the benefits involved from the beginning, but the result will justify our efforts in the end.

It is important that children of God understand that there are consequences for an act of disobedience. Let’s look into some of them:

No one is happier than God when a Christian lives in obedience. The host of heaven claps and jubilate when anyone stands out from the crowd to make God proud. Will you be the next person that God will clap for? Prove your response with an action!

Obey God and live the consequences to Him! #live #obeygod

In recap, understand these bullets,

God is almighty and the most powerful; whatever you do for him will not go unrewarded. Live by his rule!

Prayer For the Strength to Obey God and Make Him Proud


Dear God, I understand that an act of obedience goes a long way with you; please help me to obey you at all times. Please help me to obey you at all costs! Let me obey you both when it is convenient and when not convenient. Please don’t let me fail you so that I can be worthy of your blessing always. Please guide my heart to make a good decision that will honor you and bless your people. I need the power of the Holy Spirit to satisfy your desire, and please give it to me so that I can prosper for you! For in the name of Jesus Christ I have made my request, Amen!

Remember: God Rewards Anyone Who Honors Him

QUEEN VASHTI LOST HER POSITION BECAUSE OF PRIDE – Esther