Tag: wait on the Lord

Resurrection: Christians To Have Faith In God of Wonders

God used Prophet Elisha greatly during his lifetime to perform many miracles.

Elisha raise a dead person to life; he made a metal object float in water; he also averted a long-standing famine overnight.

Perhaps none of those miracles should be considered as the greatest when compared to what happened after Elisha died.

His dead bone resurrected another dead man to life!

“Then Elisha died, and they buried him. And the raiding bands from Moab invaded the land in the spring of the year. So it was, as they were burying a man, that suddenly they spied a band of raiders; and they put the man in the tomb of Elisha; and when the man was let down and touched the bones of Elisha, he revived and stood on his feet” (2 Kings 13:21).

Faith In God Has Resurrection Power

Faith proves God’s resurrection power! The God that Christians serve is full of wonders. He does many unimaginable things for people who trust in him. People who serve God will enjoy his benefits on earth and in heaven.

Any Christian who faithfully serve God will have a basket full of testimony to share with other people! However, the challenge is left to anyone who intends to enjoy God’s benefit to not doubt his power.

People who doubt God may see their benefits eroded! It is important that a believer trust God and patiently wait to receive his help difficult a moment. God will show up in due time to benefit whosoever cast his complete trust in him.

Be hopeful in God. Trust him, and you will experience his resurrection power!

Pray To Have Resilient Faith In God


Dear God, I know you have the power to do all things. I believe in the power of the resurrection! You will honor people that reserve their confidence in you. Therefore, I ask that you please increase my faith in you!

…Make me a Christian who has confidence in your word that you will perfect whatever concerns me! Please let my faith turn my trial to testimony so that I praise your name among the saints. For in the name of Jesus Christ I make my requests. Amen. 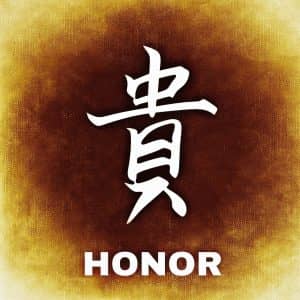 King Jehu chose to take a drastic decision amidst his disinterested citizens. The king stomped his feet against idol worship by killing the idol worshipers of his land.

“Now it happened, as soon as he had made an end of offering the burnt offering, that Jehu said to the guard and to the captains, “Go in and kill them; let no one come out!” And they killed them with the edge of the sword; then the guards and the officers threw them out, and went into the inner room of the temple of Baal…

People Who Serve Idol Will Suffer

God hates idol worship; he is not in friendship with idol worshipers. The Creator requires all people to serve him only. We must not serve any other deity whether it’s a god of air, land, or sea.

Jehovah made the heaven and the earth, and request all people to honor him. People who serve idols and those who arrogate God’s glory to themselves have signed up for a crisis, since God does not share his glory with anyone!

A person who desires to enjoy God’s benefits must give him due honor at all times.


Dear God, please give me the ability to faithfully serve you every day of my life. Do not let me share your glory with any idol, but let my life be devoted to faithfully serving you so that I can prosper in the land of the living. I promise to obey your instructions and remain your true child forever! For in the name of Jesus Christ I make my requests. Amen.

Christians Must Not Neglect A Backslide Christian

Paul encouraged Corinthian brethren to carefully handle fellows who backslide from faith and make effort to restore them. Paul asked to restore a backslide Christian as stated,

“But if anyone has caused grief, he has not grieved me, but all of you to some extent—not to be too severe. This punishment which was inflicted by the majority is sufficient for such a man, so that, on the contrary, you ought rather to forgive and comfort him, lest perhaps such a one be swallowed up with too much sorrow. Therefore I urge you to reaffirm your love to him” (2 Corinthians 2:6-8).

Christians To Stand In Gap For A Backslide Christian

Standing Christians are charged with the responsibility to restore their fellow believers who have fallen from grace. They must make significant efforts to help restore a backslide Christian to the faith in Jesus Christ.

God is interested in seeing a lost child restored. He is not interested to lose anyone to Satan’s kingdom!

All people must understand that God is loving. He forgives sins and restores sinners. Whoever comes to him to seek forgiveness will receive it.

It is important to state that Jehovah does not coerce anyone into repentance. No one should exercise repentance under duress.

God expects everyone to willingly come to Him and repent of his/her sins. He will restore any humble person that seek his forgiveness.

Any newcomer or a backslide Christian that exercise repentance and turn to God will be saved. An unbeliever/unrepentant soul risks losing God’s gift of eternal life in heaven.

No one should take God for granted and willingly commit sin since the Creator reserves measurable punishment for those who indulge in sin.

It is important that everyone make an honest assessment of his or her life and make the necessary correction needed to have a good relationship with God.

A person who keeps a good relationship with God will enjoy his benefits in this life, and the one to come.

Repent of your sins and return to the Lord.

Prayer To Live Uprightly With God and Not Backslide


Dear God, please I do not want to miss heaven, therefore, I confess my sins and repent of them. I am sorry for my past failures. I promise to start walking rightly with you. I will serve you with all my heart. Please equip me with your Holy Spirit to always meet your expectations and befit your kingdom…

…Help me to effectively work for the restoration of any Christian who backslide. Give us all grace to faithfully serve you unto the end. For in the name of Jesus Christ I make my requests. Amen.

The tribe of Benjamin rebelled against the remaining eleven tribes of Israel and insinuated a civil war.

The eleven tribes who remained united asked God for a strategy to use against their rebel brothers, and he gave them some specific instructions to follow.

However, United Israel lost the battle because they failed to closely follow their God-given strategy.

Meanwhile, they were not discouraged. They improved on how to follow God’s instruction until they succeeded in their third attempt.

The United Israelites conquered Benjamin’s tribe and brought them to their knees.

The scripture reported how Israelites conquered their revolting Tribe of Benjamin.

Lesson on Perseverance and Against Rebellion


God still leads people today; he leads his children to take appropriate steps that will benefit their lives.

However, things may sometimes work in contrary when we do not follow God’s instructions to the letter.

Notwithstanding, believers should not be discouraged when they don’t have an expected result.

Christians should summon the courage to understand God’s instructions well and carefully follow them.

We must not hesitate to consult God over and over again until we have an expected solution.

Our heavenly Father will definitely respond to our cries. He will answer our prayers and guide us unto all victories.

Prayer of Victory and Not Rebel Against God

Dear God, please teach me how to duly follow your instructions so that I can have my expected victories. Help me to follow when you lead. Please help me to live in victory every day of my life. For in the name of Jesus Christ I pray.