Luke – The Great Commission for Christians

“Then He called His twelve disciples together and gave them power and authority over all demons, and to cure diseases. He sent them to preach the kingdom of God and to heal the sick” (Luke 9:1-3).

The Name of Jesus Is Effective for Evangelism; Preach Gospel!


Christians to take advantage of the authority consisted in the name of Jesus Christ to preach the effective gospel, and prosper. Our obedience will make a significant impact for the kingdom of God.

Jesus, the Son of God has the highest authority that ever existed. The scripture expressed the magnitude of Jesus’ power and said,

“Therefore God also has highly exalted Him and given Him the name which is above every name, that at the name of Jesus every knee should bow, of those in heaven, and of those on earth, and of those under the earth, and that every tongue should confess that Jesus Christ is Lord, to the glory of God the Father” (Philippians 2:9-11).

Jesus Christ shared his power privilege with his followers. He said,

“Go therefore and make disciples of all the nations, baptizing them in the name of the Father and of the Son and of the Holy Spirit, teaching them to observe all things that I have commanded you; and lo, I am with you always, even to the end of the age.” Amen! (Matthew 28:19-20).

Prayer of Grace to Preach Gospel and Expand God’s Kingdom

What a wonderful power that Jesus possesses! I attach myself with this power, and I am determined to use it to a full extent. I receive God’s power to preach the gospel and prosper for God’s kingdom…

…I also receive God’s grace by faith to demonstrate spiritual gifts needed to populate God’s kingdom. Please God empower me to remain faithful to you! For Jesus’ name, I have prayed. Amen.

Christians Must Not Neglect A Backslide Christian

Paul encouraged Corinthian brethren to carefully handle fellows who backslide from faith and make effort to restore them. Paul asked to restore a backslide Christian as stated,

“But if anyone has caused grief, he has not grieved me, but all of you to some extent—not to be too severe. This punishment which was inflicted by the majority is sufficient for such a man, so that, on the contrary, you ought rather to forgive and comfort him, lest perhaps such a one be swallowed up with too much sorrow. Therefore I urge you to reaffirm your love to him” (2 Corinthians 2:6-8).

Christians To Stand In Gap For A Backslide Christian

Standing Christians are charged with the responsibility to restore their fellow believers who have fallen from grace. They must make significant efforts to help restore a backslide Christian to the faith in Jesus Christ.

God is interested in seeing a lost child restored. He is not interested to lose anyone to Satan’s kingdom!

All people must understand that God is loving. He forgives sins and restores sinners. Whoever comes to him to seek forgiveness will receive it.

It is important to state that Jehovah does not coerce anyone into repentance. No one should exercise repentance under duress.

God expects everyone to willingly come to Him and repent of his/her sins. He will restore any humble person that seeks his forgiveness.

Any newcomer or a backslide Christian that exercise repentance and turn to God will be saved. An unbeliever/unrepentant soul risks losing God’s gift of eternal life in heaven.

No one should take God for granted and willingly commit sin since the Creator reserves measurable punishment for those who indulge in sin.

It is important that everyone make an honest assessment of his or her life and make the necessary correction needed to have a good relationship with God.

A person who keeps a good relationship with God will enjoy his benefits in this life, and the one to come.

Repent of your sins and return to the Lord.

Prayer To Live Uprightly With God and Not Backslide

Dear God, please I do not want to miss heaven, therefore, I confess my sins and repent of them. I am sorry for my past failures. I promise to start walking rightly with you. I will serve you with all my heart. Please equip me with your Holy Spirit to always meet your expectations and befit your kingdom…

…Help me to effectively work for the restoration of any Christian who backslide. Give us all grace to faithfully serve you unto the end. For in the name of Jesus Christ I make my requests. Amen.

The tribe of Benjamin rebelled against the remaining eleven tribes of Israel and insinuated a civil war.

The eleven tribes who remained united asked God for a strategy to use against their rebel brothers, and he gave them some specific instructions to follow.

However, United Israel lost the battle because they failed to closely follow their God-given strategy.

Meanwhile, they were not discouraged. They improved on how to follow God’s instruction until they succeeded in their third attempt.

The United Israelites conquered Benjamin’s tribe and brought them to their knees.

The scripture reported how Israelites conquered their revolting Tribe of Benjamin.

Lesson on Perseverance and Against Rebellion

God still leads people today; he leads his children to take appropriate steps that will benefit their lives.

However, things may sometimes work in contrary when we do not follow God’s instructions to the letter.

Notwithstanding, believers should not be discouraged when they don’t have an expected result.

Christians should summon the courage to understand God’s instructions well and carefully follow them.

We must not hesitate to consult God over and over again until we have an expected solution.

Our heavenly Father will definitely respond to our cries. He will answer our prayers and guide us unto all victories.

Prayer of Victory and Not Rebel Against God

Dear God, please teach me how to duly follow your instructions so that I can have my expected victories. Help me to follow when you lead. Please help me to live in victory every day of my life. For in the name of Jesus Christ I pray.

CHRISTIANS TO PROPERLY USE THEIR TONGUES – James 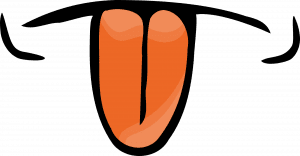 Tongues Are Powerful – Christians Use Them Cautiously

Human tongue can make a huge impact on the lives of others. Christians are warned to be cautious of the use of our tongues so that it can bless people, and glorify his name.

“For every kind of beast and bird, of reptile and creature of the sea, is tamed and has been tamed by mankind. But no man can tame the tongue. It is an unruly evil, full of deadly poison. With it we bless our God and Father, and with it we curse men, who have been made in the similitude of God. Out of the same mouth proceed blessing and cursing. My brethren, these things ought not to be so” (James 3:7-10 NKJV).

Tongues Can Make Or Break Lives

Christians must be careful with the use of our tongues since words carry weight to either make or break a life. Words can demoralize people, and it can encourage them! We (Christians) must use our tongues to build lives to honor God.

We must be sensitive to use our tongues to teach people about God’s law.

It is important that we use our tongues to encourage people to preserve their faith in Jesus Christ so that God can save them and qualify them for heaven.

Jehovah will surely bless people who make him proud with the use of their tongues! He will honor them in this life and in heaven also.

Dear God, please give me the grace to adequately utilize my tongue to bless people so that your name can be glorified. Help me to not abuse your grace of free speech that I have…

…Do not let me tear other people down with my tongue, but let my words be full of grace to bless them! Please let your blessing pursue me as I desire to satisfy you every day of my life. For in the name of Jesus Christ I make my requests. Amen.

BELIEVE IN YOURSELF AND THE POWER OF GOD INVESTED – Judges

God is the father of all creations. All things in existence listen to him, and they obey his instructions.

However, God shared the same authority with Adam and Eve (first man and first woman) immediately after creation.

Unfortunately, Adam and Eve lost their golden opportunity due to sin.

However, Jesus Christ regains the same opportunity and he gives the privilege to his followers.

Therefore, anyone who believes in Jesus Christ has dominion over all situations.

All believers are empowered to rule their world. All children of God retain the right to command and possess their goodness in the land of the living. Hallelujah!

God created all things by himself. He called all things into existence – through his divine authority. The scripture said,

“In the beginning God created the heavens and the earth. The earth was without form, and void; and darkness was on the face of the deep. And the Spirit of God was hovering over the face of the waters. Then God said, “Let there be light”; and there was light” (Genesis 1:1-3).