The Second Coming Of Christ Is At Hand 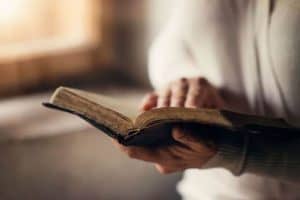 Understand and Avoid Sins That Proceed Second Coming Of Christ

The Bible indicates that some powerful kingdoms will rise to oppress God’s saints during the end time. They will oppress people and promote immorality until God’s appointed time comes to judge the earth. Immorality and persecution of saints would rise prior to the second coming of Jesus Christ. Apostle John explained his God-given revelation and said;

“…… he woman was arrayed in purple and scarlet, and adorned with gold and precious stones and pearls, having in her hand a golden cup full of abominations and the filthiness of her fornication. And on her forehead, a name was written: MYSTERY, BABYLON THE GREAT, THE MOTHER OF HARLOTS AND OF THE ABOMINATIONS OF THE EARTH. I saw the woman, drunk with the blood of the saints and with the blood of the martyrs of Jesus. And when I saw her, I marveled with great amazement. But the angel said to me, “Why did you marvel? I will tell you the mystery of the woman and of the beast that carries her, which has the seven heads and the ten horns. The beast that you saw was, and is not, and will ascend out of the bottomless pit and go to perdition. And those who dwell on the earth will marvel, whose names are not written in the Book of Life from the foundation of the world, when they see the beast that was, and is not, and yet is” (Revelation 17:4-8).

God Will Punish Those Who Partake In Immorality

Various kingdoms in the world will promote violence against God’s elects, and some of them would be killed for the sake of their testimony in Jesus Christ. Many people will derive pleasure from fornication, adultery, homosexuality, and all other immoralities.

However, God will put a final stop to the activities of the evil workers at his appointed time. He will haul evil people to hellfire, which would be a permanent place of punishment.

The bible tells us that there will be a rise in the case of immoralities and persecution before Christ’s second coming. If you’re observant, you would notice this is already happening. We should be vigilant and ask God for the grace to not be a part of these activities.

Ask God To Help Prepare For Second Coming of Jesus


Dear God, please help me to not follow the footsteps of evil people. Do not let me practice, so that I will not sin against you and incur your punishment. Help me to maintain a good relationship with you, and let me hold firm your testimony till the end, so that I can be duly rewarded in heaven. For in the name of Jesus Christ, I make my requests. Amen.

Remember: The Second Coming Of Christ Is At Hand 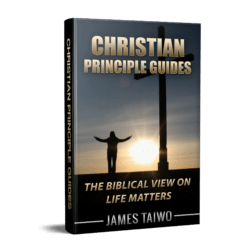 UNHOLY RICHES ARE THE ROOT OF ALL EVIL – Luke 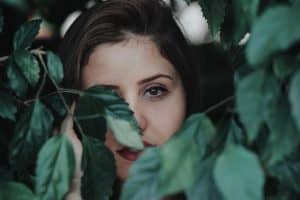 Jesus Christ cautioned and warned his disciples not to be involved in unjust riches, but seek pure wealth that glorify God. Jesus said,

“Whoever can be trusted with very little can also be trusted with much, and whoever is dishonest with very little will also be dishonest with much. So if you have not been trustworthy in handling worldly wealth, who will trust you with true riches? And if you have not been trustworthy with someone else’s property, who will give you property of your own? “No one can serve two masters. Either you will hate the one and love the other, or you will be devoted to the one and despise the other. You cannot serve both God and money.” (Luke 16:10-13).

Unholy Pursuit Of Wealth Goes Against God’s Will

The pursuit of clean riches is not evil, but the pursuit of unclean riches is evil. Hence, Christians must not pursue riches at the expense of holiness. As children of God, we must evaluate our ambitions, and we must ensure that God’s rules are not violated. We must also, strive to be involved in only careers that glorify God. It is important to note that God keeps records of our activities, and he will duly reward us in this life, and in heaven also.

Don’t be a hypocrite!

Life is all about money now. As a matter of fact, it has become a social construct where the amount of money you have equals your importance. However, as true believers of Christ, you should know the devil can gain access through any means. The greatest? Unholy riches? Stay away from devious means of making money and God will bless the little you have today.

Prayer To Be Disciplined Against Unholy Riches

O my God, I want to be rich, but I do not want to go to hell fire! Help me pursue clean riches, and let me honor you with my resources. Let me utilize my riches to serve you and meet other people’s needs. Do not let me be punished, but let me be duly rewarded on earth and in heaven also. For in the name of Jesus Christ, I make my requests. Amen.