Tag: God Fights All Your Battles 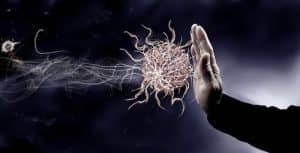 Your Battle Belongs to God; He Will Defend You

“Battles belong to the Lord;” God fights for his children. You may not understand the approach that he will use but be rest assured that he will come to your aid in time of need.

The scriptures admonished the believers to maintain a strong faith in God, under whatever situation.

Oh Christian, be strong for your Lord is powerful!

This life can sometimes throw a curveball, which may weigh heavily as if there will never be a solution, but the opposite is the truth. As far as God is concerned, there is no situation that is unsolvable!

While the solution may not be instant sometimes, our steadfast faith in God will keep us afloat. Our faith is enough armor to send a message to the enemy that our God is stronger than whatever evil they might insinuate.

David in the bible, who was a victim of a situation, understood what it takes to trust God without the provision of any physical proof. David showed his enemies that he trusted God beyond any physical weapon of war.

This lesson can be learned from the scenario when King Saul (David’s adversary) made a wrong turn and fell into the hands of David. Anyone would have seized the opportunity to kill his enemy, but David did not do that. He spared Saul’s life.

As King David showed mercy and spared the life of his enemy, he sent him a clear message that his prime hope is in God. He was not willing to cut corners and sin against God. He wanted God to defend him. David said,

“The Lord forbid that I should do this thing to my master, the Lord’s anointed, to stretch out my hand against him, seeing he is the anointed of the Lord” (1 Samuel 24:6).

You’re Not Alone; God Will Fight Your Battles

As a child of God, you have the assurance that you are not alone in any battle of life. God who has fought for his children in the past is still alive today. You serve the same God, and he will fight your battle.

Come to think of it, does it really makes sense to engage in the same battle that God has already picked up? The answer is “no.”

Children of God should hands-off of any situation that God has already engaged. That doesn’t mean you won’t do your due diligence, but you shouldn’t agitate anymore. Why worrying when God is involved?

Let God fight your battle so that you can have a sound victory and also have lasting peace.

If you have prayed to God over an issue, take a back seat and let God be the driver. He will perform his wonders. Lo and behold, if God is offensive towards your oppositions, the enemies are in trouble!

God won’t fight a battle halfway. If he picks a battle, he will finish it.

Something very important to know is that once God finishes a battle, it will never rise again. So isn’t it better to let God engage your battles than getting your hands dirty with an imperfect outcome? Indeed, if God is in charge of your situation, you won’t have any reason to regret it afterward.

God is ever interested to defend his children. If you let him fight your battle, you will never regret the outcome. #children #battle #beever #willnever #defendchildren

Pray For God’s Help In Battle


Oh, dear good Lord, I understand that you are a perfect God who defends the interest of his children. I am inviting you to fight every battle of my life. Please fight for me so that I can have a lasting victory. Please do not allow my enemies to triumph over me! Confuse and incapacitate them as you did to King Saul in the Bile. Please give me an upper hand in any battle to raise the flag of victory. Be my righteous army, and earn me a lasting testimony. For in the name of Jesus Christ, I have prayed. Amen!

JUDGE NOT, SO YOU WON’T BE JUDGED – Job
SAMUEL, A BIBLE GIANT
YOUR PRAYER CAN MOVE ANY MOUNTAIN – Psalm
VICTORY AT LAST – JESUS DID IT FOR US! – 1 Peter