This series hasn’t just been an interesting one but one full of inspiring stories of the giants of old. So far we’ve been able to go through the lives of four different leaders (Abraham, Moses, David, and Ruth).

This episode continues the trend as we discuss another great man of faith, as seen in the fifth chapter of the book Bible Giants of Faith by James Taiwo. The direct reference to this story is found in 1 Samuel Chapter 1

Samuel- a prophet and an Israelite legend who kept a consistent relationship with God throughout his life.

Samuel’s life began with Hannah’s very touching scene, praying to God at the tabernacle in Shiloh.

Hannah pleaded with God to allow her to bear a son because she was barren. She prayed vigorously so much to the extent that Prophet Eli, who was passing, thought she was crazy.

Hannah vowed to God (promised) in her prayer that if He allowed her to bear a son, she would dedicate the boy back for His service.

This means the boy would have to serve God all the days of his life.

God answered Hannah’s prayer; she conceived and bore a son, and named him Samuel, saying, “Because I have asked for him from the Lord”.

Samuel grew and started his life under the care and training of Eli, the priest and judge of Israel at that time, just as her mother promised to dedicate him to God.

God began to speak to Samuel from his childhood. His first message from God was quite sobering and was to be delivered to Eli.

Samuel delivered the message as God sent him, but, unfortunately, Eli did not respond with an expected action, rather, he disrespected God. 1 Sam. 3:18

Eli’s disrespect to God did not go well. God told Eli that his descendants would die in their flower age and He would also choose another family to serve in the priestly line.

God’s punishment came on Prophet Eli and his family. The lives of Hophni and Phinehas (Eli’s sons) were cut short as it happened that war broke out in Israel that claimed their lives. Eli also collapsed and died when he heard the news.

The unfortunate event in Eli’s family accelerated Samuel’s position, and he became God’s ordained prophet and the judge of Israel.

As Samuel grew and faithfully conveyed messages from God, it became obvious that God was working through him. He demonstrated great courage during his walk with God, as not seen in his boss, Prophet Eli.

Some Lessons from Prophet Samuel

There are many more lessons to learn about Samuel as they are explained in details in the book Bible Giants of Faith.

Brace yourself for the next episode as we discuss Peter and the lessons we can learn from his life.

Consider subscribing for our newsletter to get instant update of every new episode.

Did you miss the previous series and episodes? Find them here >> https://biblearena.org/category/

JUDGE NOT, SO YOU WON’T BE JUDGED – Job
HUMILITY APPEALS TO GOD’S HEART – Philippians
Christians must learn humility

JEALOUSY CAN LEAD TO A DARK PLACE – 1 Samuel 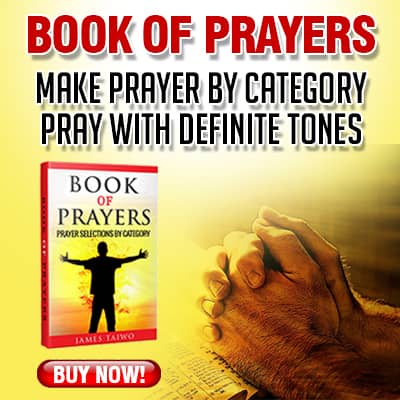