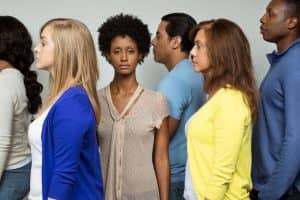 Christian faith replicates the love of God for humanity. People who practice the faith should connect with others in mutual love. Believers must love each other and steer clear of anything that can be perceived as segregation.

While on earth, Jesus Christ did everything to promote the unity of his disciples. He even prayed for them to love and appreciate one another. This means anyone who looks the other way on this topic (of Love without segregation) is a hypocrite.

A child of God who segregates others does not resemble Jesus; he resembles Satan. So yeah, Satan instigates segregation and promotes hatred.

Jesus charged the believers, “Love others as you love yourself.”

Do not lightly esteem others but place them in high importance as you would expect others to do to you.

So, if love and appreciation of others are the teachings of Jesus, where did some believers learn how to segregate? The truth should not be far-fetched, they learned that from Satan! Satan instigates segregation and hatred, whosoever exemplifies such trait emulates Satan!

True Christianity promotes unity, but not only must that be practiced among believers, but the same arms of love should also be extended to unbelievers. Believers are sent to show love to the unbelievers so that they also can be saved.

Are you a Christian? If yes, know what God requires of you: Love, justice, and an active exercise of celebrating other people.

Love, unity, and accommodation of others are the bedrock of Christianity.

Believers have the task to actively love and engage others.

The call to love others can sometimes be challenging; even some early Christians struggled with it, but they got through.

Humility Helps Us Respond To Correction.

You may think that early Christians were perfect, but they were not. Some of them struggled to love those who didn’t share their common background. Perhaps the difference between them (early Christian) and us is that they were more teachable. They responded to correction well.

The Challenge Of Segregation Among Early Christians

As it occurred during the early stage of Christianity, some believers thought they were better than those who didn’t hail from Jewish tradition.

Yeah, that’s how it happens: Folks who segregate are often trapped in the ideology that people who don’t share their church doctrine and preferred tradition are lesser Christians. Fallacy!

(No Christian is better than others. All Christians share equal right with God)

Believers with wrong orientation misconceive Faith as if it can only satisfy God with human tradition. What a mistake, there is no partition in Christianity.


If you’re a Christian and you segregate others, you are making your own rule against God’s will!


Some early Christians who converted from Judaism held to Jewish tradition and expected everyone to come on board. They presumed that a person should hail from Judaism to become a “good Christian.” Foul! God does not segregate.


The conflict of tradition was so pronounced among the early Christians to the extent that unbelievers found it hard to come to the faith. But God so good, Peter broke the shell when he shared the testimony of his encounter with the non-Jewish Christians (which the hypocrites have qualified as gentiles).

“The apostles and brethren who were in Judea heard that the Gentiles had also received the word of God. And when Peter came up to Jerusalem, those of the circumcision contended with him, saying, “You went in to uncircumcised men and ate with them!” (Acts 11:1-3). Peter responded, “If therefore God gave them the same gift as He gave us when we believed on the Lord Jesus Christ, who was I that I could withstand God?” When they (Jewish Christians) Heard these things they became silent; and they glorified God, saying, “Then God has also granted to the Gentiles repentance to life” (Acts 11:17-18).

God expects his children to accommodate others and also gently bring them to the knowledge of Jesus Christ.

Segregation In Christianity Is Sin

Christianity is for all!

The Spirit of God that operates in believers’ lives does not permit segregation.

Christians must remain inclined with God’s primary objective, which is to bring everyone into the marvelous love of Jesus Christ.

Jesus Christ suffered and died for all people; no one should be possessive of his (or her) faith and restrict others to receive what Jesus died for and gave freely.

Faith Sharing Is Important In Christianity

The fundamental principle of Christianity is faith-sharing, which is gospel evangelization.

Believers must go beyond our boundaries to share the good news of Jesus Christ to others so that they can come to the faith and be saved.

Children of God must understand that it is our responsibility to spread the gospel of Jesus Christ to other people effectively.

Anyone who aligns with Christianity must understand the faith is not just a religion but a force to de-populate Satan’s kingdom and populate God’s kingdom at the same time.

Every Chrisitan must make a significant effort to preach the gospel to people of different races, tongues, nations, cultures, and backgrounds.

There is no limit to the gospel. God will bless the individuals who venture to step out of their jurisdiction to spread the gospel of Jesus Christ to other people.

The fact that there are several churches globally doesn’t mean Christianity shouldn’t be spread further. We still have a lot to do. #christianity #christians #fact #praise 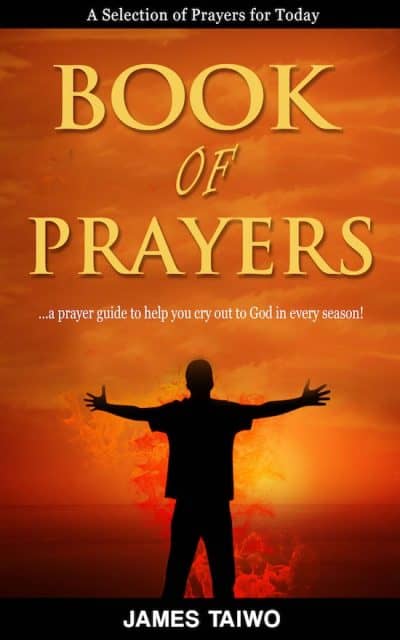 Pray For The Expansion of Gospel Throughout The World

Dear Jesus Christ, please help me be your true ambassador on earth to preach your gospel to other people effectively. Do not let me be an obstacle to gospel evangelization, but help me to support it to spread further.

Please let the brethren come into the common love of celebrating each other and promoting your gospel!

I also pray for your ministers that spread your gospel throughout the world, please anoint and empower them in their efforts. Give them the grace to freely share your good news and lead people (globally) to the love of Jesus Christ.

Please, Lord, let your power destroy every opposition to gospel expansion! For in the name of Jesus Christ, I have prayed. Amen.

Remember: No Segregation In Christianity

Never divide Christianity, because we serve the same God. We owe common love to one another, and we also owe the responsibility to promote the faith to outsiders. #promote #samegod #lovediary #divide

SAMUEL, A BIBLE GIANT
YOUR PRAYER CAN MOVE ANY MOUNTAIN – Psalm
JUDGE NOT, SO YOU WON’T BE JUDGED – Job