We started this series by discussing some great men of faith in the bible. We’ve already looked at the life of Abraham and Moses. In this episode, we shall be discussing another faith giant – Joseph as portrayed in the third chapter of the book, Bible Giants of Faith.

Joseph was one of Jacob’s 12 sons. His mother, Rachael was Jacob’s favorite; unfortunately, she died young, and Jacob transferred his affection to her children. Therefore, he loved Joseph dearly and made him a cloth of many colors.

The book, Bible Giants of Faith describes his father’s affections towards him in details. This only made his brothers hate him so much.

The boy Joseph, had a dream that he would become the leader of their family. He naively informed his brothers of his dream. This increased their hatred towards him, and they sold him to slavery.

As if this wasn’t enough, the Ishmaelites, who bought him from his brothers, sold him again to Egypt as a slave. But little did they know that God’s grace upon him could not be sold off to slavery. He ended up in Potiphar’s house, an officer of King Pharaoh.

Potiphar soon realized how gifted the boy was and made him the chief servant of his house.

The book, “Bible Giants of Faith” shows us that things were starting to go on well with Joseph until Potiphar’s wife started developing an interest in him and wanted him to be her lover. She asked him to sleep with her, but he refused.

She kept on disturbing him, and one day, while Joseph was performing his housekeeping duty, Potiphar’s wife held his clothes and told him to come and lay with her.

Even though no one was there to see them, Joseph feared God so much that he said to her, “How then can I do this great wickedness, and sin against God?” (Gen. 39:9 KJV).

Look at that statement. He didn’t say “…and sin against my master, Potiphar”. Joseph feared God that much. He was able to escape the scene, but the woman seized his cloth and falsely accused that he was attempting to rape her.

The situation landed Joseph in prison, but the grace of God upon him and his talent showed forth again. The chief prison guard handed over the affairs of the prison to his care.

One day, king Pharaoh had a dream that worried him, but none of his soothsayers and wise men could interpret the dream. The chief cupbearer, having heard of this, remembered Joseph and how he interpreted his own dream that brought forth his restoration to the palace.

Long story short, all lands lacked food supply except Egypt, where people had anticipated and prepared for the famine as Joseph recommended.

The king rewarded him with the position of Egypt prime minister. Pharaoh said, “I am Pharaoh, but without your word, no one will lift hand or foot in all Egypt” (Gen. 41:44 NIV).

The situation made people, far and near, come to buy food in Egypt.

Joseph’s brothers also came. They were afraid because they thought he would avenge their wickedness, but he told them he’d forgiven them. This made them bow to him and acknowledged him as their leader, which was in line with the dream that he had had several years before that his brothers would someday bow down to him.

Some Important Lessons from Joseph

Christians must demonstrate courage to trust in God’s promises, especially when it seems difficult to do so.

Join us again in the next episode as we discuss another giant of faith!

More on Joseph and other giants of faith?

Join us in our next episode as we reveal many Bible stories that will excite and motivate you!
Did you enjoy Moses’ story? Subscribe for more.

What You Gain From Daily Devotions
GOD’S SECURITY IS THE ULTIMATE! – Psalm
WORRY NOT, GOD IS ALL-SUFFICIENT! – Matthew
TRUST EQUALS FAITH – 2 Chronicles 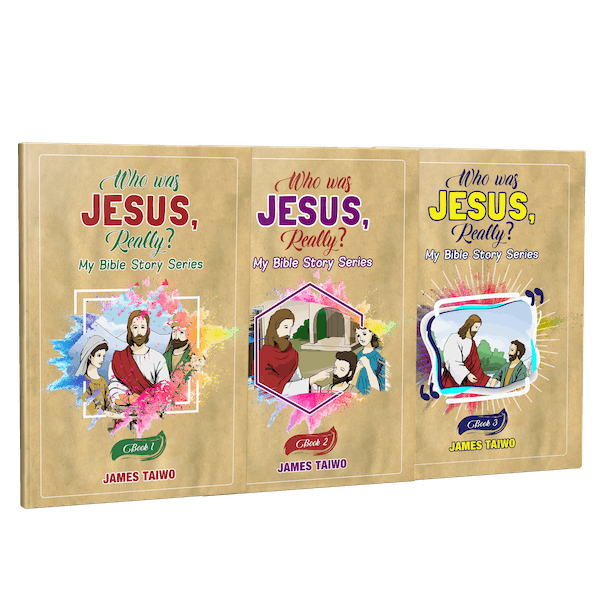