GOOD COUNSEL IS THE KEY TO ACHIEVING LIFE GOALS – 1 Kings


Learn To Understand What Counsel Best Suits You

Give your heart to good counsel, and you shall live! Children of God should learn an important lesson of seeking good counseling using Rehoboam’s life as a case study. Rehoboam had the opportunity to continue his father dynasty and enjoy similar benefits his father enjoyed, but the man misused his opportunity. His failure caused him to lose almost everything his father worked hard to acquire.

Rehoboam, Solomon’s successor, had the opportunity to solidify his rulership as the king of Israel kingdom, but unfortunately, he followed the unwise counsel that his friend gave him. The failure caused him to lose more than half of the massive kingdom that he inherited from his father.

Rehoboam suffered a terrible setback for his bad choices. The man was initially counseled by the elders of his land to apply wisdom and evaluate his choice of words when people tested his integrity.

Rehoboam rejected the wise counsels his elders offered and settled for the foolish advice he received from his friend. He was misled! The kingdom that his grandfather (David) and his father (Solomon) passed down was split into two.

“And Rehoboam went to Shechem, for all Israel had gone to Shechem to make him king…Then Jeroboam and the whole assembly of Israel came and spoke to Rehoboam, saying, “Your father made our yoke heavy; now therefore, lighten the burdensome service of your father, and his heavy yoke which he put on us, and we will serve you.” So he said to them, “Depart for three days, then come back to me.”

…And the people departed. Then King Rehoboam consulted the elders who stood before his father Solomon while he still lived, and he said, “How do you advise me to answer these people?” And they spoke to him, saying, “If you will be a servant to these people today, and serve them, and answer them, and speak good words to them, then they will be your servants forever.” But he rejected the advice which the elders had given him, and consulted the young men who had grown up with him, who stood before him. And he said to them, “What advice do you give? How should we answer this people who have spoken to me…

…Then the young men who had grown up with him spoke to him, saying, “Thus you should speak to this people who have spoken to you, saying, ‘Your father made our yoke heavy, but you make it lighter on us’—thus you shall say to them: ‘My little finger shall be thicker than my father’s waist! And now, whereas my father put a heavy yoke on you, I will add to your yoke; my father chastised you with whips, but I will chastise you with scourges!’” So Jeroboam and all the people came to Rehoboam the third day, as the king had directed, saying…

…Then the king answered the people roughly, and rejected the advice which the elders had given him; and he spoke to them according to the advice of the young men, saying, “My father made your yoke heavy, but I will add to your yoke; my father chastised you with whips, but I will chastise you with scourges!”

… Now when all Israel saw that the king did not listen to them, the people answered the king, saying: “What share have we in David? We have no inheritance in the son of Jesse. To your tents, O Israel! Now, see to your own house, O David!” So Israel departed to their tents. But Rehoboam reigned over the children of Israel who dwelt in the cities of Judah” (1 Kings 12:1-17). 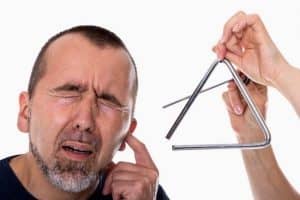 Listen To The Holy Spirit – The Best Counselor

As children of God, we must be careful to prayerfully consider every counsel that we receive, so that we would not follow the wrong counsel and make inappropriate decisions.

No Christian should follow any advice without prayer and proper spiritual evaluation.

We must understand that not all counsels are given for the right motives. Some counsels come out of selfish hearts and are meant to derail their recipients. Moreover, no child of God is expected to seek advice from unbelievers, as they have a high risk of giving unguided counsel.

Christians should seek godly counsels from their fellow Christians! More importantly, any Christian who needs godly counsel should pray to receive it from the Holy Spirit, because he is the best counselor.

The counsel that we follow can shape our future either positively or negatively. Therefore, we must be mindful of the counsel we receive and the action that we take. Be careful of the counsel you receive! Always ask God for help in decision-making! 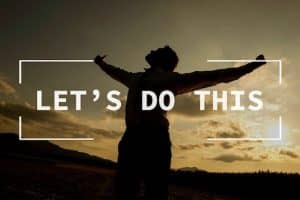 Pray To Be Spiritually Sensitive Of Making Decisions

Dear God, please guide my steps and help me refrain from seeking the counsels of ungodly people. Assist me to seek godly counselors that may guide me into making the right decisions. Help me to prayerfully consider any counsel that I receive before I take action.

…Do not let me rush into judgment so that I won’t regret my action afterward. Instead, let the Holy Spirit counsel, comfort, and empower me, to appropriately make decisions that will result in a positive benefit. For in the name of Jesus Christ, I make my requests. Amen.

Remember: Good Counsel Is The Key To Achieving Life Goals

ISRAELITES MUST HAVE COURAGE – Deuteronomy 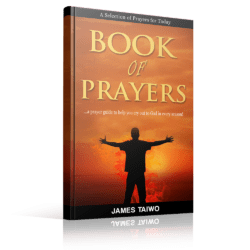